The Bhima-Koregaon or ‘BK’ case has been a long-standing account of the Indian State’s attempt to suppress dissenting voices. The case involves the arbitrary detention of 16 human rights defenders since 2018. The simple reason for their arrest was that they dared to speak and write critically about actions of the Indian government and tried to help marginalised communities. The so-called BK-16 group includes four academics, three lawyers, two independent journalists, a union organizer and social activist, a poet, three performing artists, and a Jesuit priest. All have a record of writing, speaking, and organizing for the rights of workers, minorities, Dalits and Adivasis through peaceful and constitutional means.

The majority of BK-16 are senior citizens with several comorbidities. At least seven of the arrested have contracted Covid-19 in prison, others have reported various acute infections and a rapid deterioration of health. The only available medical care in the prison is provided by traditional medicine practitioners who are ill-qualified to treat these conditions and are dispensing inappropriate medicines that are worsening the symptoms of the prisoners.  One of the accused, Father Stan Swamy- 83 years old and suffering from Parkinson’s Disease, because of delayed medical aid, died in judicial custody on 5 July 2021. Presently, 13 people continue to languish in prison without trial in the case.

Most of the arrested activists and many of their family members, colleagues, and their lawyers are victims of the Pegasus and netwire spyware attack. The recent reports by the reputed Boston-based IT forensic investigation firm Arsenal Consulting revealed that all the so called incriminating “evidence” used to justify the arrest of several of the BK-16 was remotely planted by an external agent using malware called Netwire Remote Access Trojan (RAT). This was done by analysing cloned copies of the hard disks of the arrested lawyer Surendra Gadling and activist Rona Wilson.

The National Investigation Agency (NIA) continued to interrogate more people in the context of this case – activists, writers, journalists from around the country have been called by the NIA. 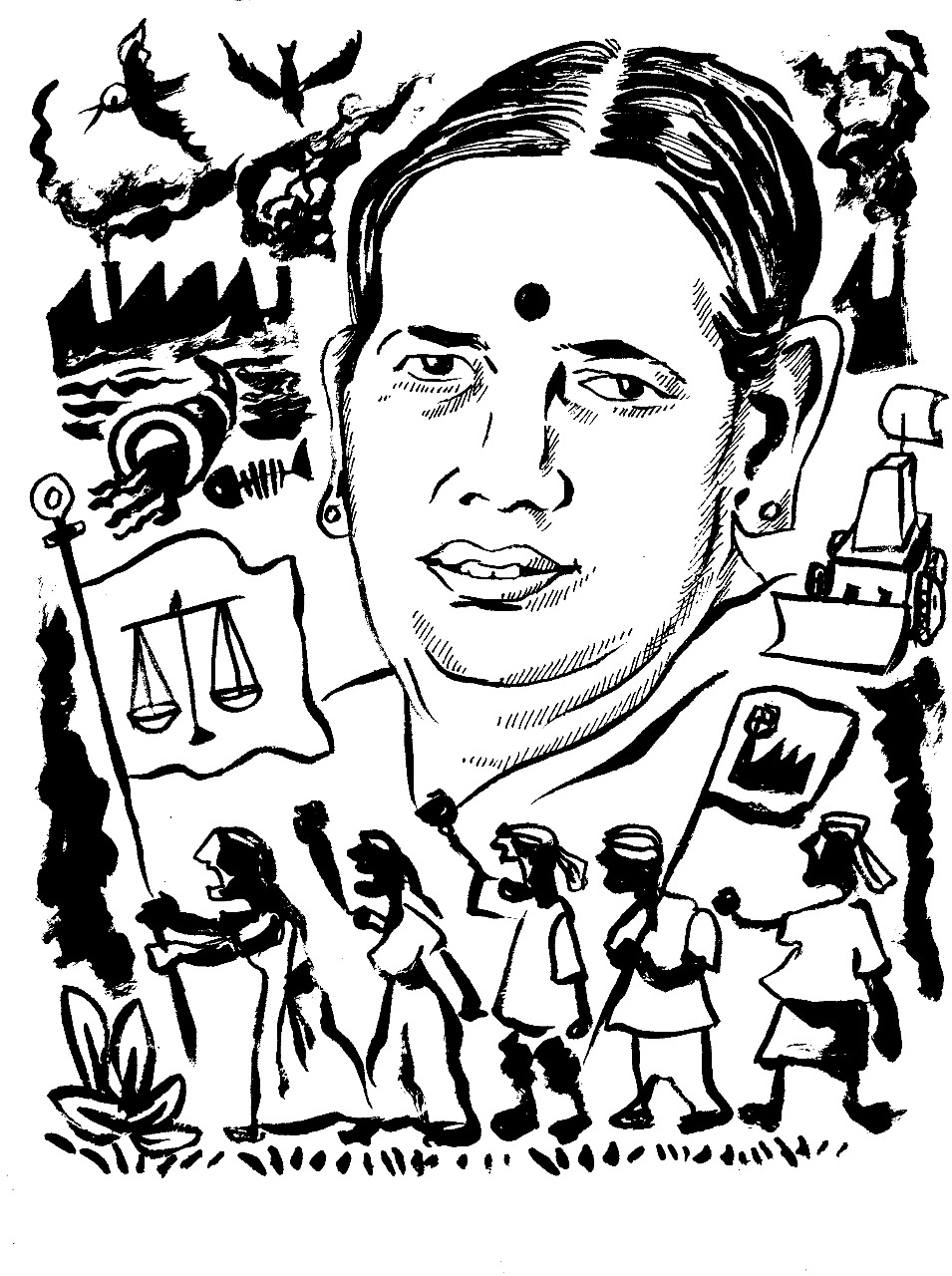 Sudha worked tirelessly in Chhattisgarh Mukti Morcha, a labour union in Chhattisgarh. She founded Janhit, a collective of lawyers, giving rigorous legal aid to several industrial workers, villages fighting acquisition and mining, adivasi communities fighting for forest rights and that fought environmental cases and Public Interest Litigation. At the time of her arrest, she was teaching at the National Law University as a visiting faculty. She was released on default bail in December 2021, while the bail applications of 8 other detained BK16 was rejected. 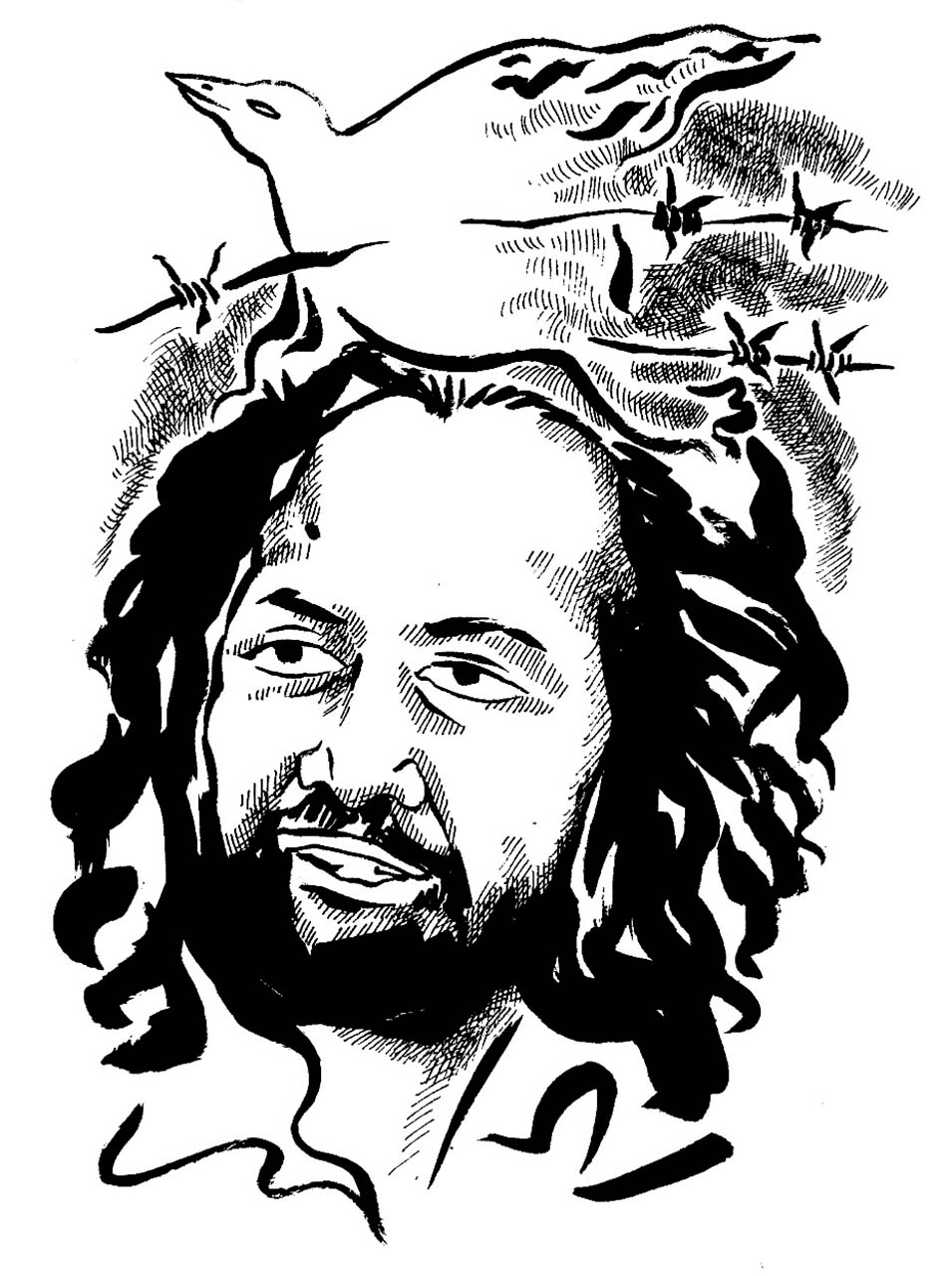 Rona has worked on the condition of political prisoners, the use of draconian laws such as the Unlawful Activities Prevention Act (UAPA) and other legal conundrums. Rona along with other activists formed the Committee for the Release of Political Prisoners (CRPP). Right before his arrest, he was accepted by the University of Surrey and the University of Leicester to pursue his doctorate. The topic of his proposed thesis is “The Fiction of the Muslim Other: State, Law and The Politics of Naming in Contemporary India.” 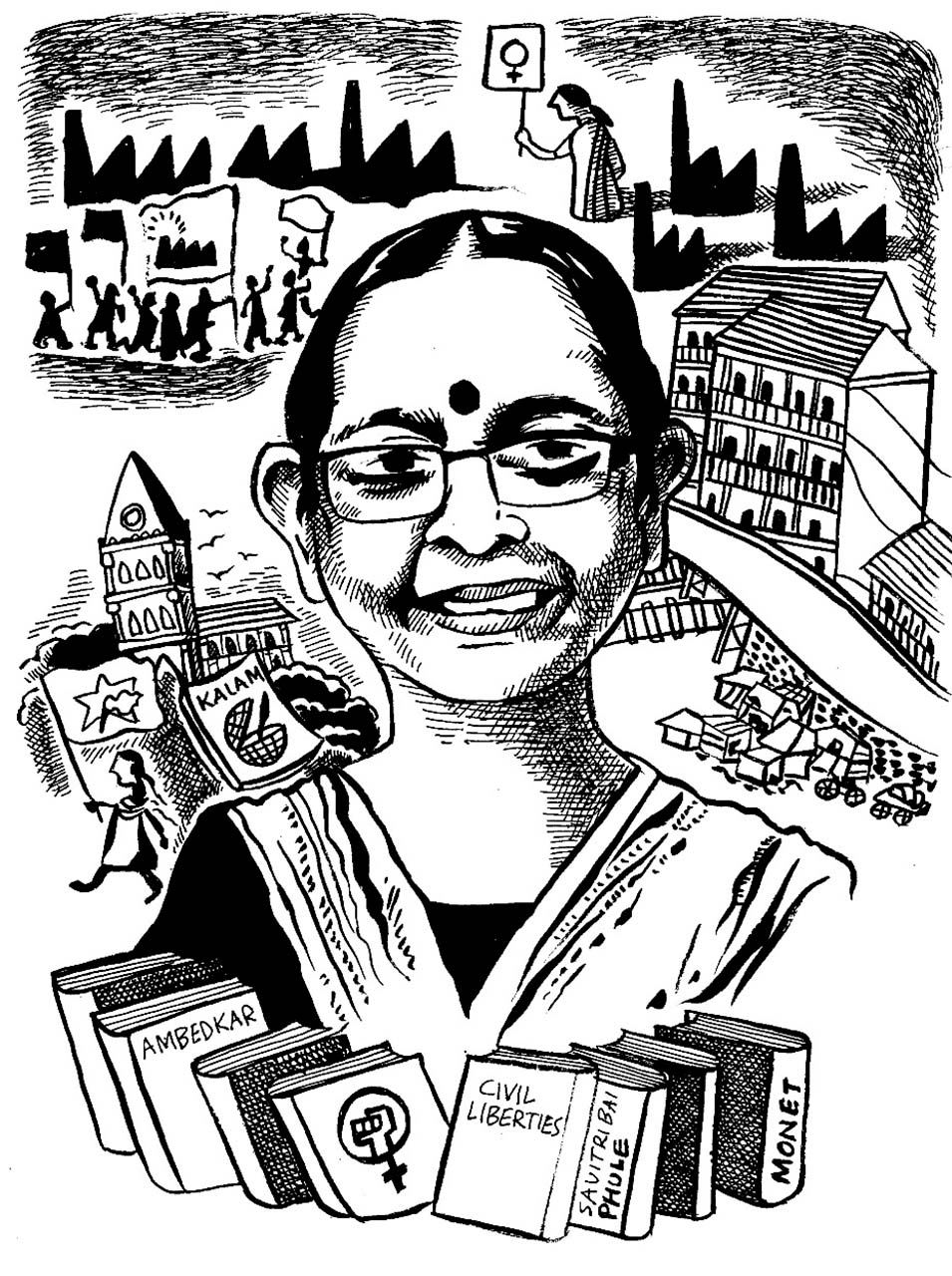 Shoma is a reputed academician, a women’s rights activist and was an English professor. During the time of her arrest, she was the head of the Department of English at Nagpur University. She has written extensively on post-colonialism and women’s studies for several decades. Shoma’s writings have discussed the feminist subjectivities of dalit and adivasi women oppressed under multiple structures. She also worked vigorously to organise legal aid for women political prisoners. 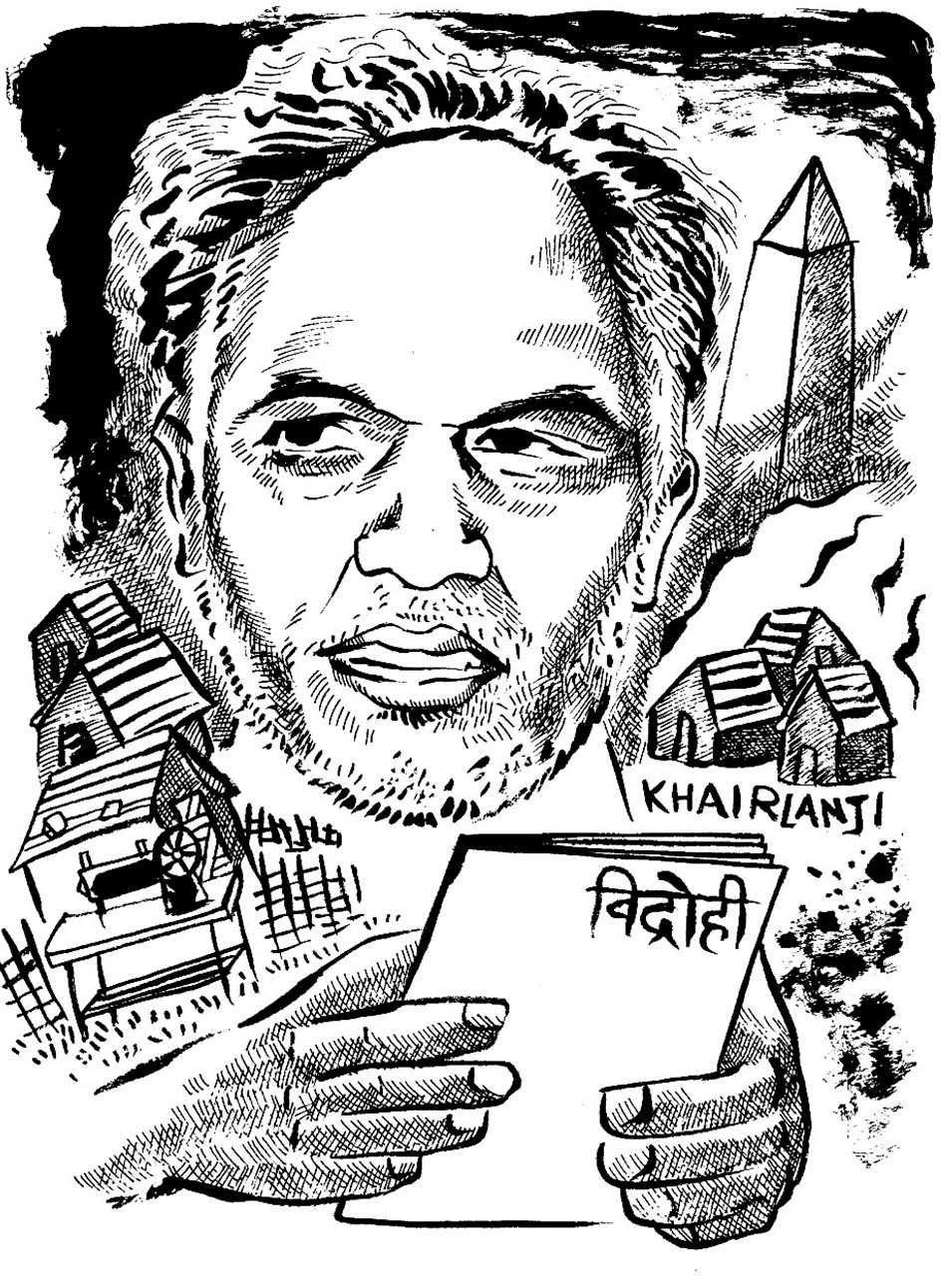 Sudhir was born in a poor working-class dalit family in Indora slum area in Nagpur. Over the years, Sudhir has worked actively to resist atrocities against dalits. In 2002, following the Gujarat pogrom massacres, he started the Marathi (Indian language) magazine named Vidrohi. It continues to play a pivotal role in highlighting the human rights abuse of dalits and other marginalized sections across India. 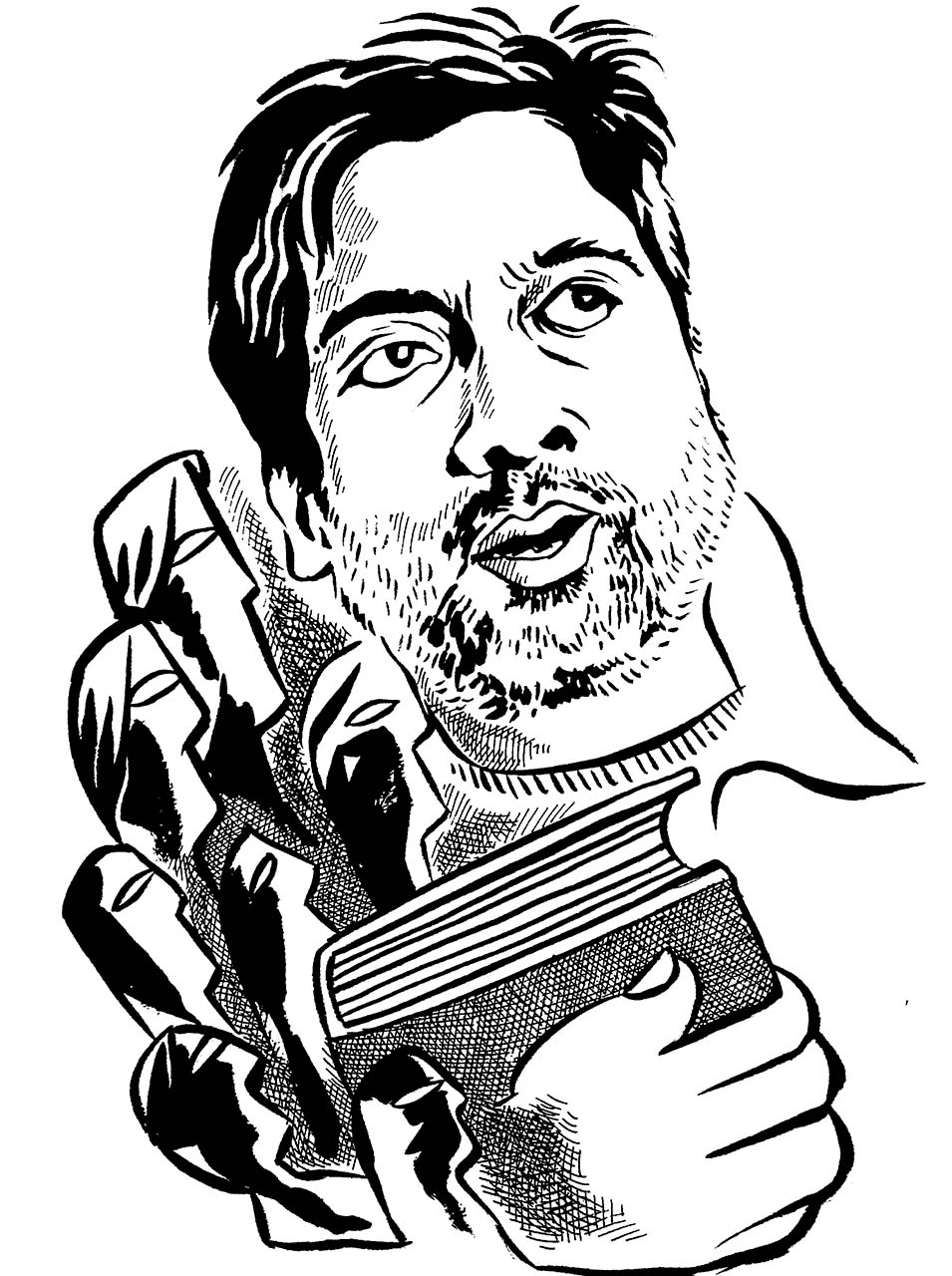 Hany is an associate professor of linguistics in the University of Delhi. He is a linguist, an anti-caste scholar and a social activist. He has been active in the 2006 pro-reservation and other social justice movements within the University of Delhi. Internationally renowned for his work on linguistics and the recipient of the Best Young Linguist award, Hany worked in several German universities from 1997 to 2001. 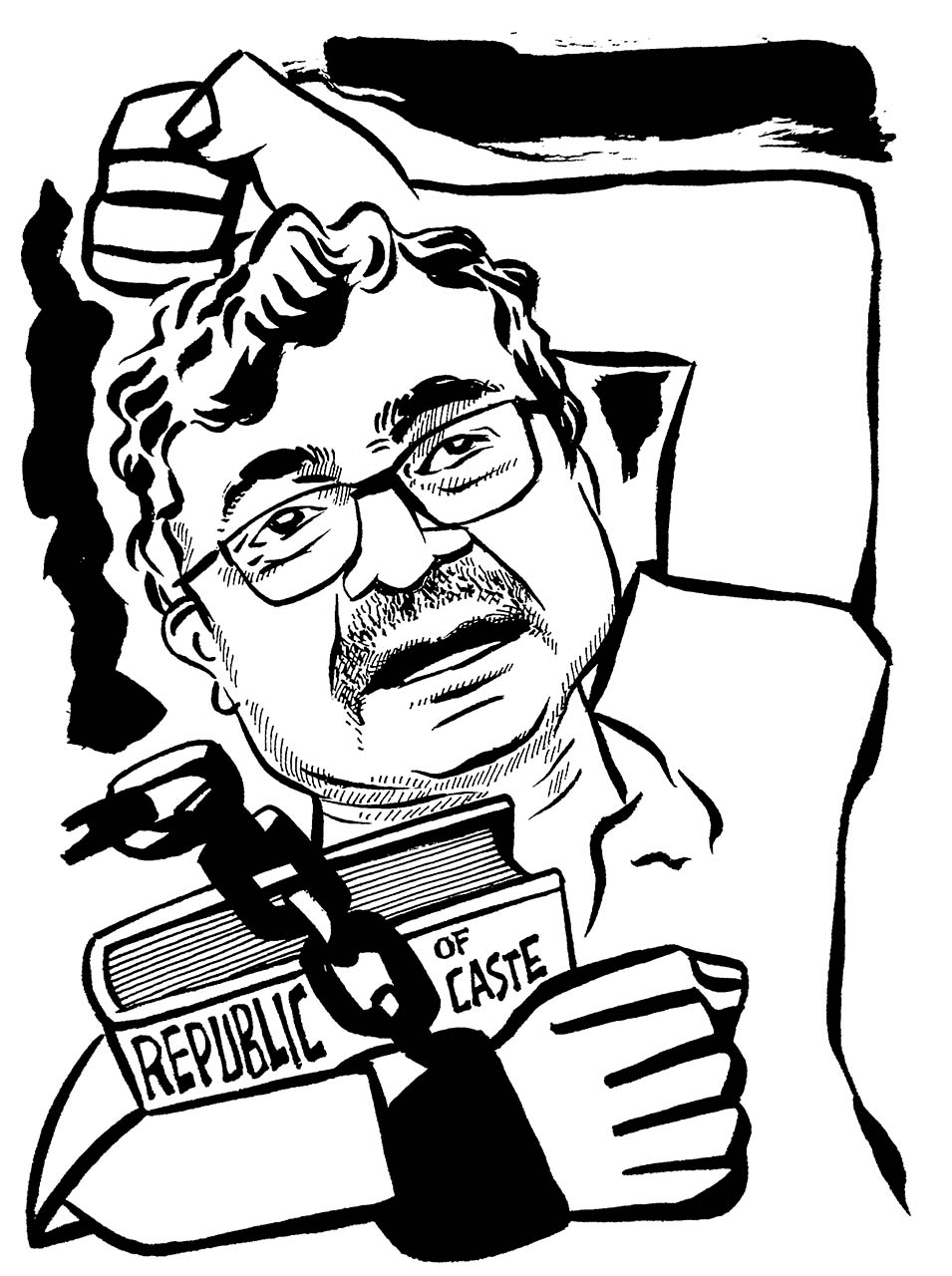 Anand is an engineer, a reputed author and, a dalit scholar. At the time of his arrest, he was a senior professor at the Goa Institute of Management. He is one of India’s foremost public intellectuals and an advocate of Ambedkarite (Neo Buddhist movement) values. He has been scathing in his criticism of the Narendra Modi government in his column ‘Margin Speak’ in Economic and Political Weekly, especially over issues of social welfare, communal harmony, and the persecution of social activists. 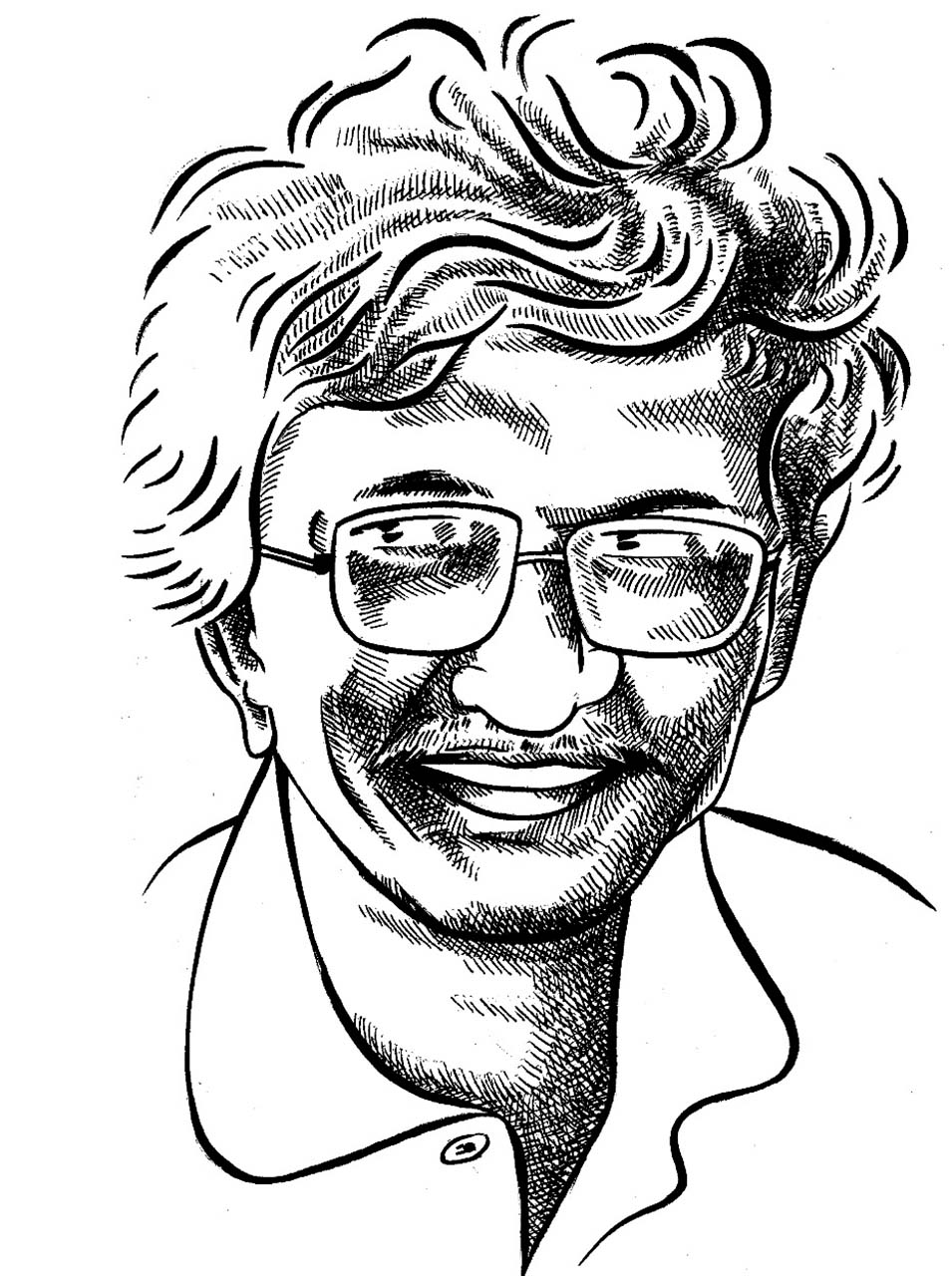 Vernon is an activist and academic who has worked in some prominent colleges. As a young commerce graduate, he took up a corporate job in Siemens but later left the job to work with trade unions, workers and slum dwellers in Chandrapur and Mumbai. He wrote numerous articles on rights of dalits and adivasi and land grabbing, the condition of prisons in India and the misuse of the criminal justice system against marginalised communities, and for the scrapping of draconian laws. 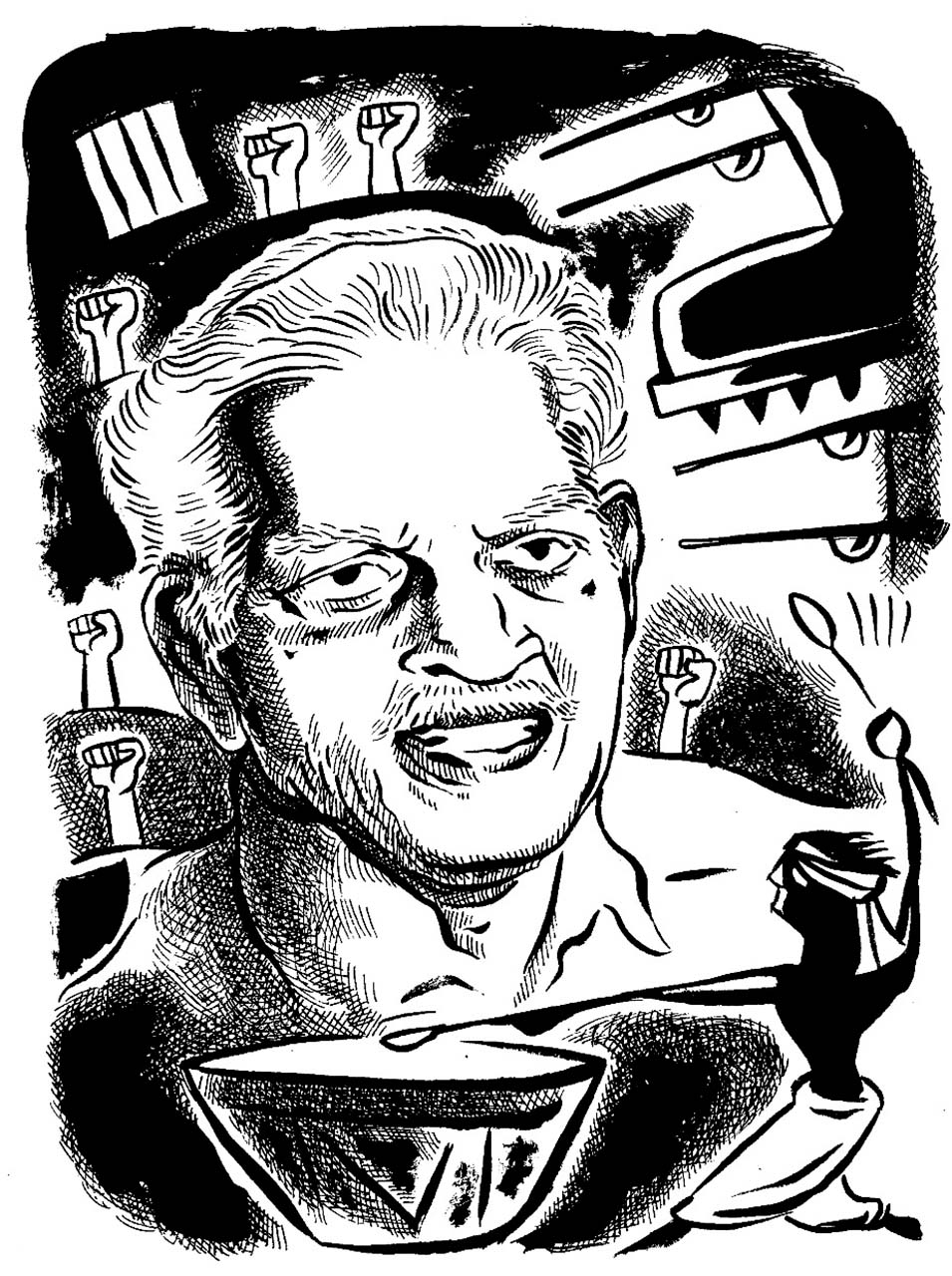 Varavara is a poet, teacher, columnist, literary critic, translator, public speaker and a key figure of the progressive literary movement in Telugu (Indian language). He is a founding member of VIRASAM (Revolutionary Writers’ Association), which was formed in the early 1970s. In his career as a poet and writer spread over sixty years, he has published 16 volumes of poetry and about twenty volumes of prose, including literary criticism and socio-political analysis. Varavara is a poet of international repute who is featured on international platforms such as Poetry International Web. 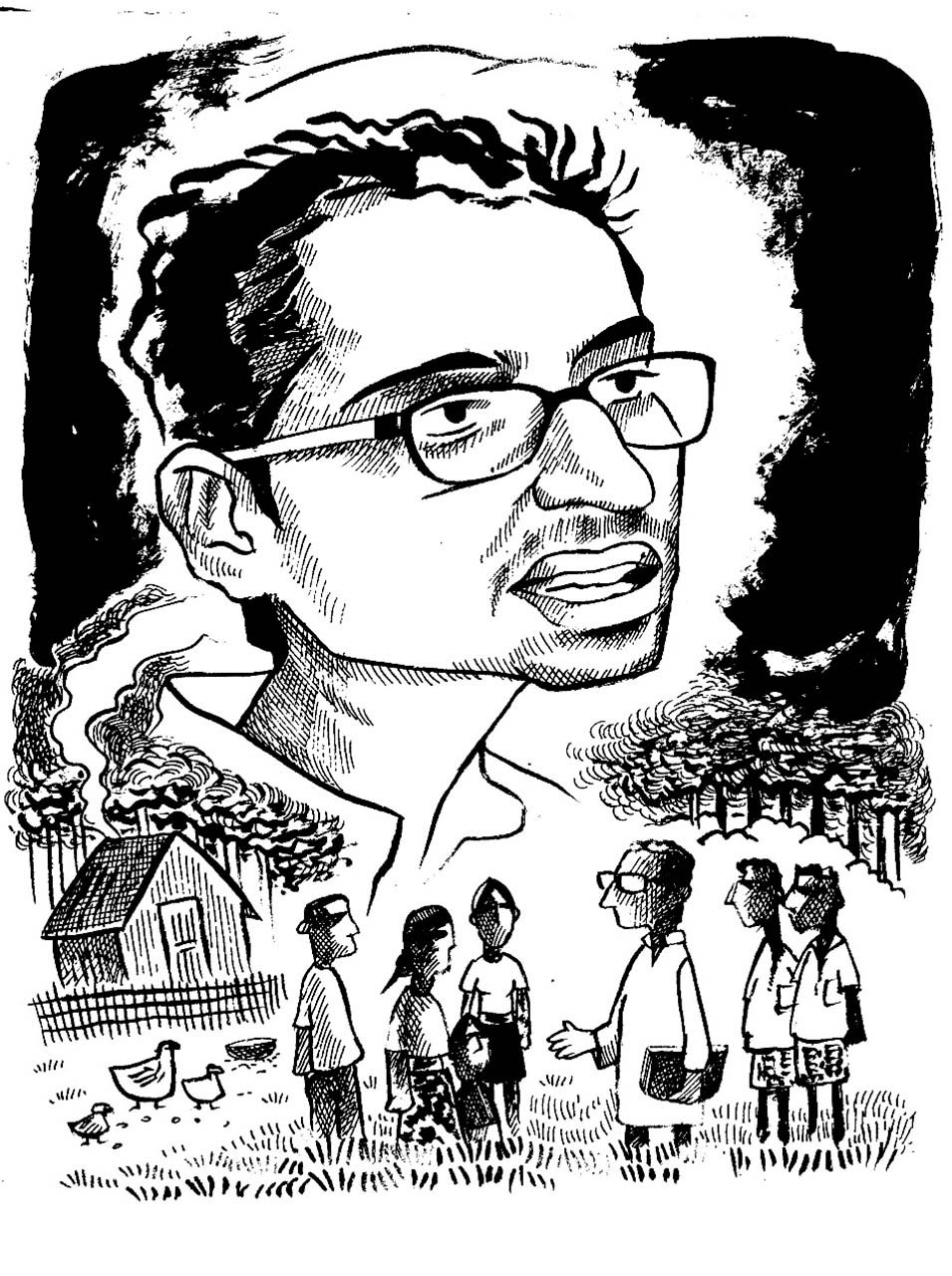 Mahesh is a young activist working for the rights of adivasi (indigenous) communities in his home district Gadchiroli. Raut was one of the youngest students to be selected for the most coveted Prime Minister Rural Development fellowship. He has tirelessly advocated for laws like PESA and FRA which protect the democratic rights of adivasi communities against unlawful land grabbing. He was the co-convenor of Visthapan Vidrohi Jan Vikas Andolan (VVJVA) which fights against the forced displacement of adivasi and other marginalised people. 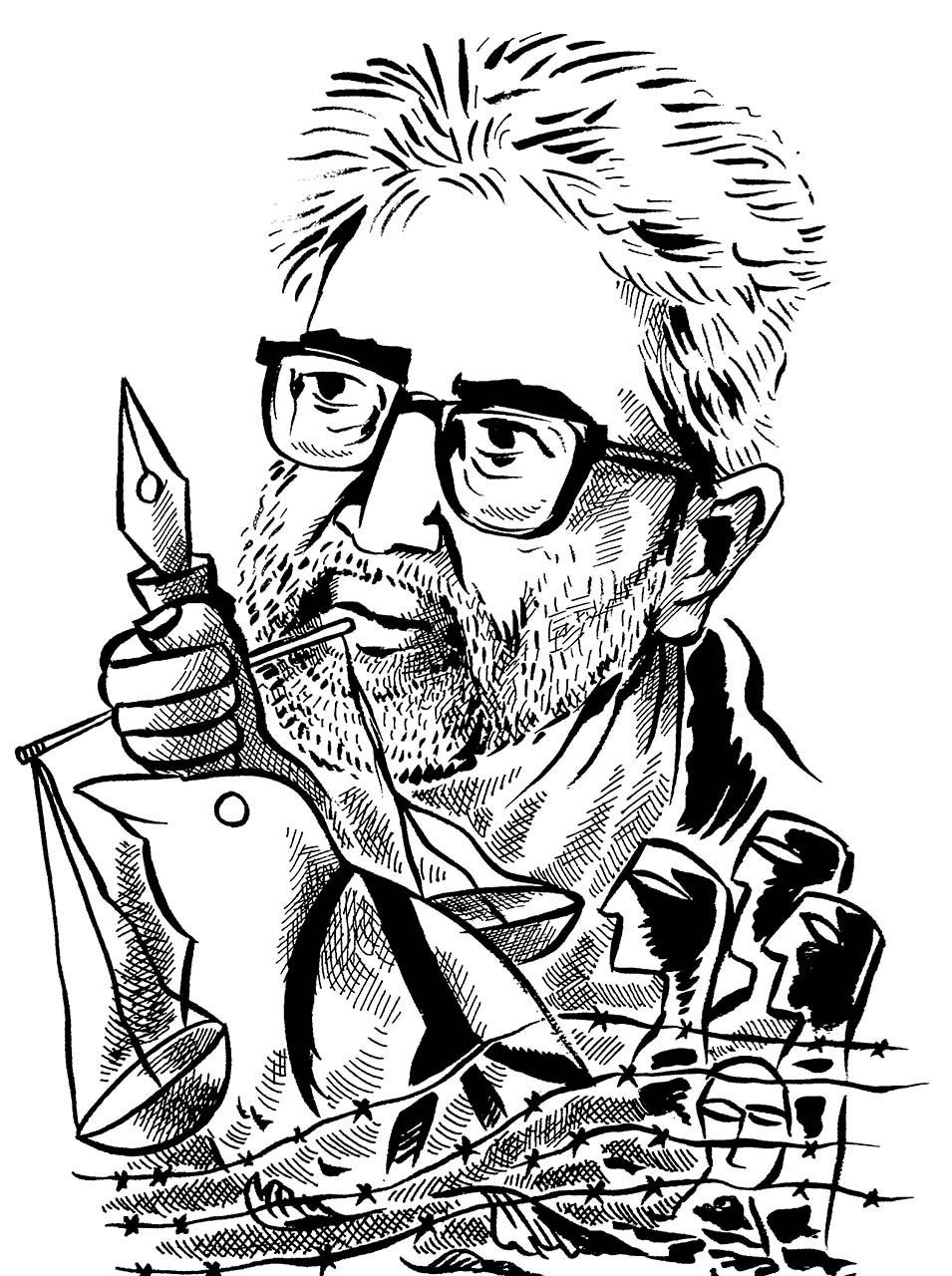 Gautam is a senior journalist, writer/author, and an activist in the civil liberties and democratic rights movement. He joined the civil liberties movement in 1978 and has been an active member of People's Union for Democratic Rights (PUDR) since its inception. A critic of state policies of counter-insurgency wars waged against the people, he has actively fought for democratic freedoms in Kashmir and Chhattisgarh and advocated for demilitarisation and peaceful resolution to armed conflicts. 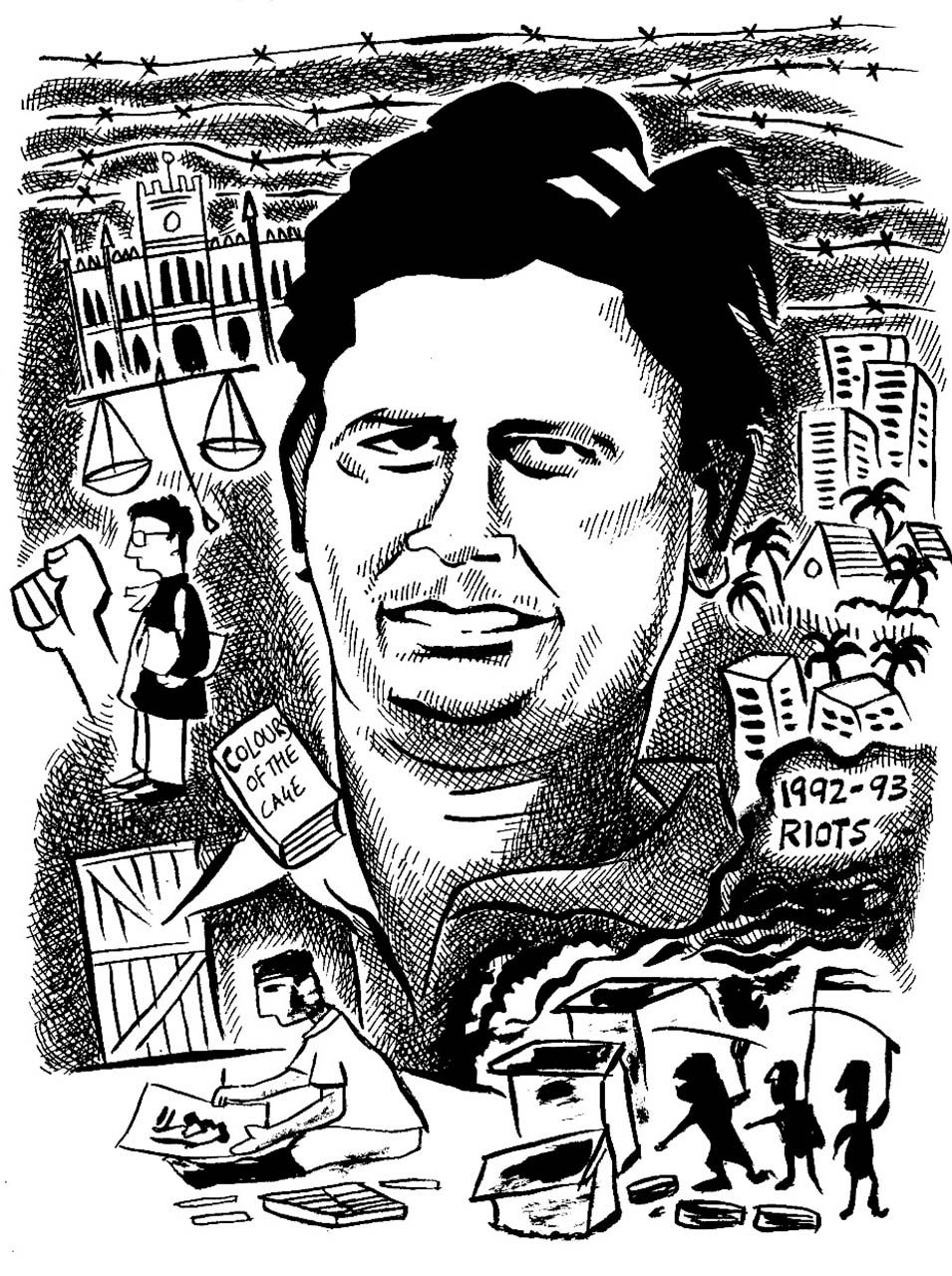 Arun is a writer, a lawyer, a cartoonist and an activist. He was a leading member of Indian Association of People’s Lawyers (IAPL), an organisation of lawyers providing free legal aid to the marginalised. He was previously arrested in 2007 and acquitted of all charges and released in 2012. After his release, Arun completed his law degree and started practicing law in 2016. Through his memoir "Colours of the Cage" and other online writings, he has been at the forefront of exposing brutal realities of Indian police and prison conditions. 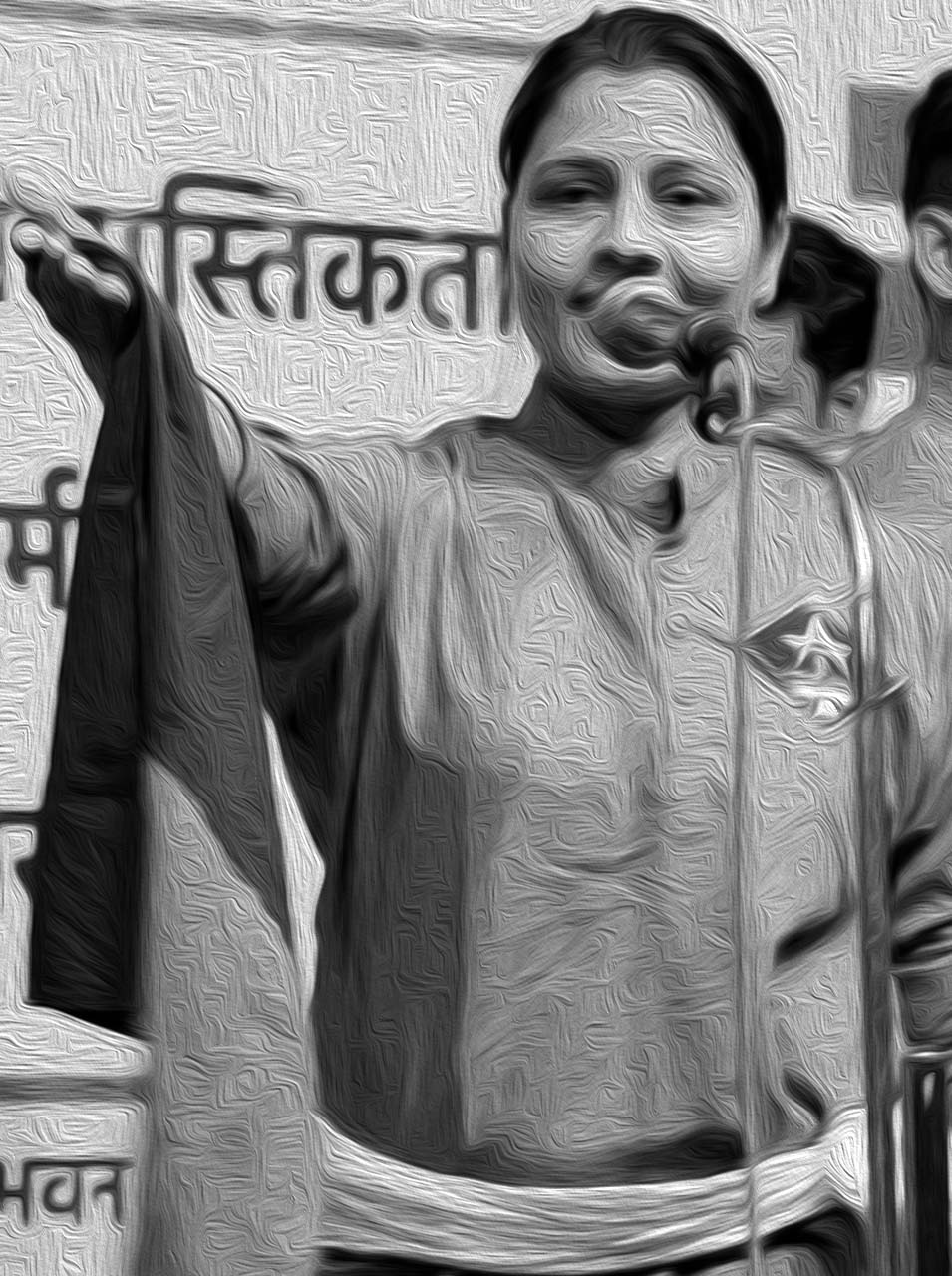 Jyoti is a singer and a cultural activist who sang unafraid and resolute against Hindutva, casteism and inequality. In 2002, as a 20-year-old, Jyoti joined the cultural troupe Kabir Kala Manch (KKM), a dalit cultural group. Before joining the troupe Jyoti had been a fiery social activist in Seva Dal, a socialist youth group. In September 2020 she became the third member of KKM to be arrested in the Bhima-Koregaon case and its youngest accused. 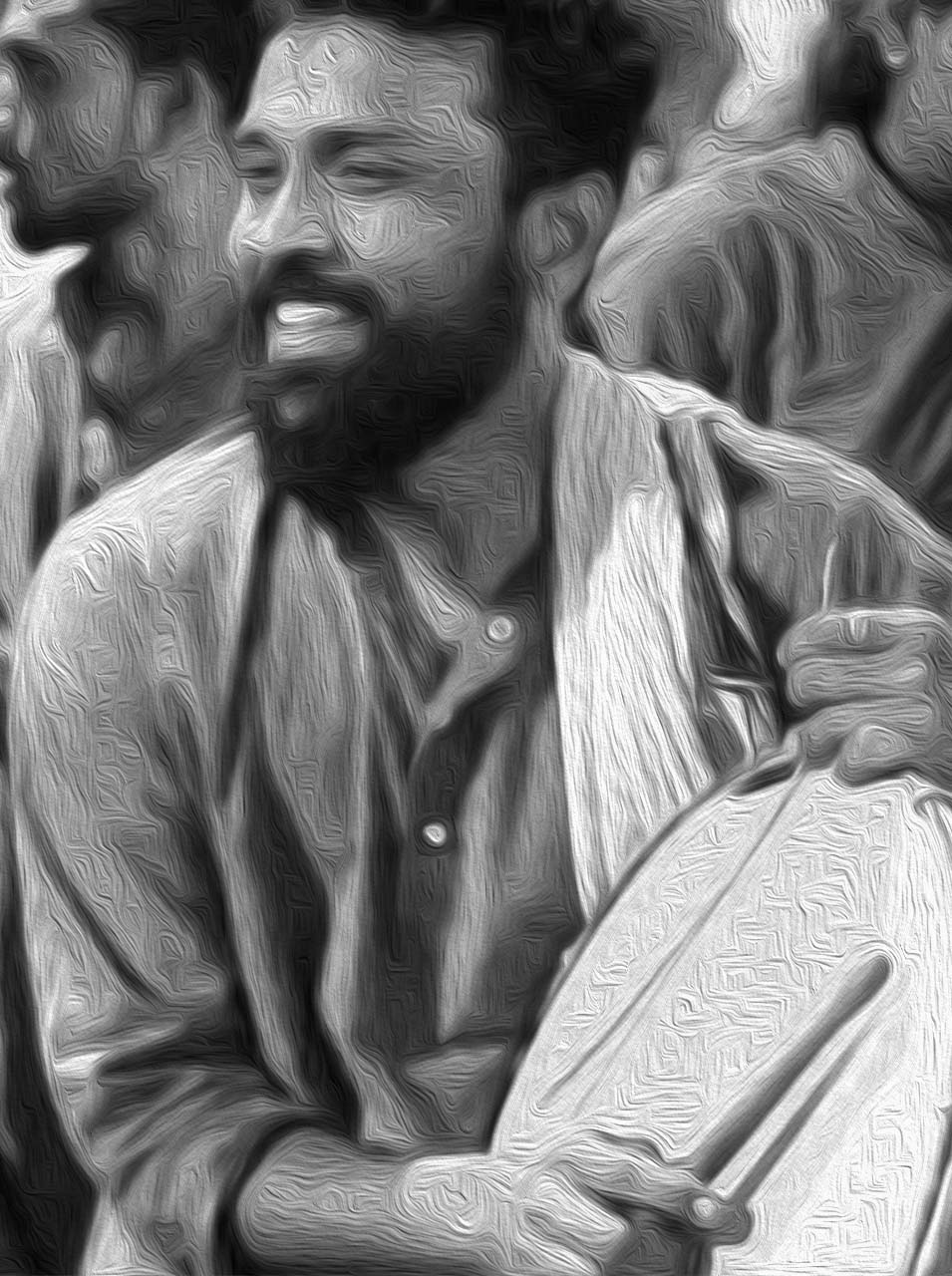 Sagar is well known for his powerful poetry and performances which resist and counter Casteism, Hindutva and State oppression. Since 2004 he was part of the Kabir Kala Manch (KKM), a Dalit group that combines Ambedkarite and Marxist philosophy. The cultural group was founded in Pune by a group of young people in the wake of the 2002 Gujarat riots. In the past, Ramesh had already spent three years as undertrial in another fabricated case. 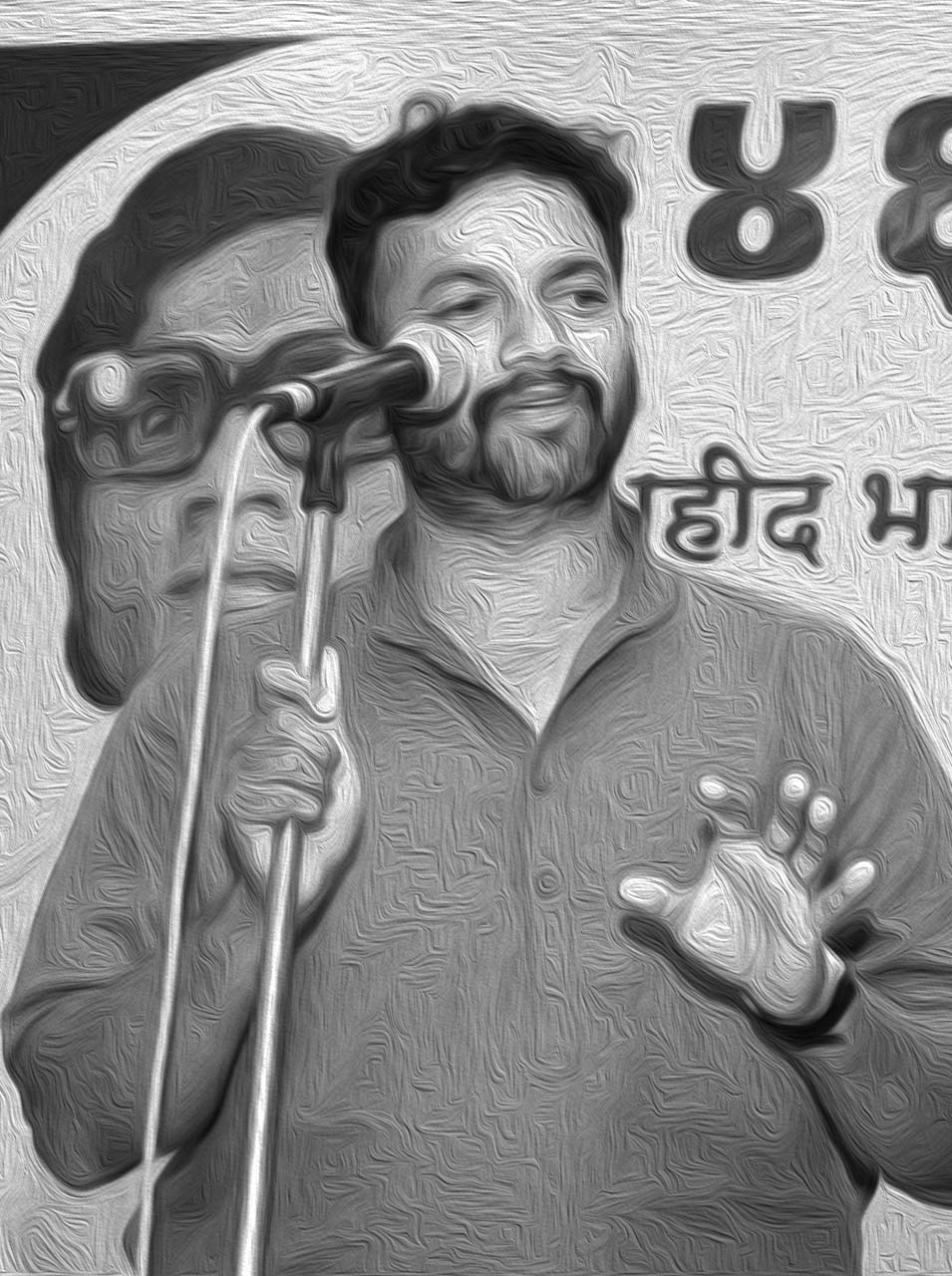 Ramesh has been a poet of resistance, a Shahir, a theatre director, a songwriter and a culturalpolitical activist and organiser. He is one of the founding members of Kabir Kala Manch (KKM), a Dalit cultural group, that is seen as one of the most progressive socio-cultural movements in Pune. It uses music and theatre to raise awareness about casteism, patriarchy, communalism, the plight of peasant communities and various forms of extremism. Ramesh wrote and directed many of their street theatre plays. 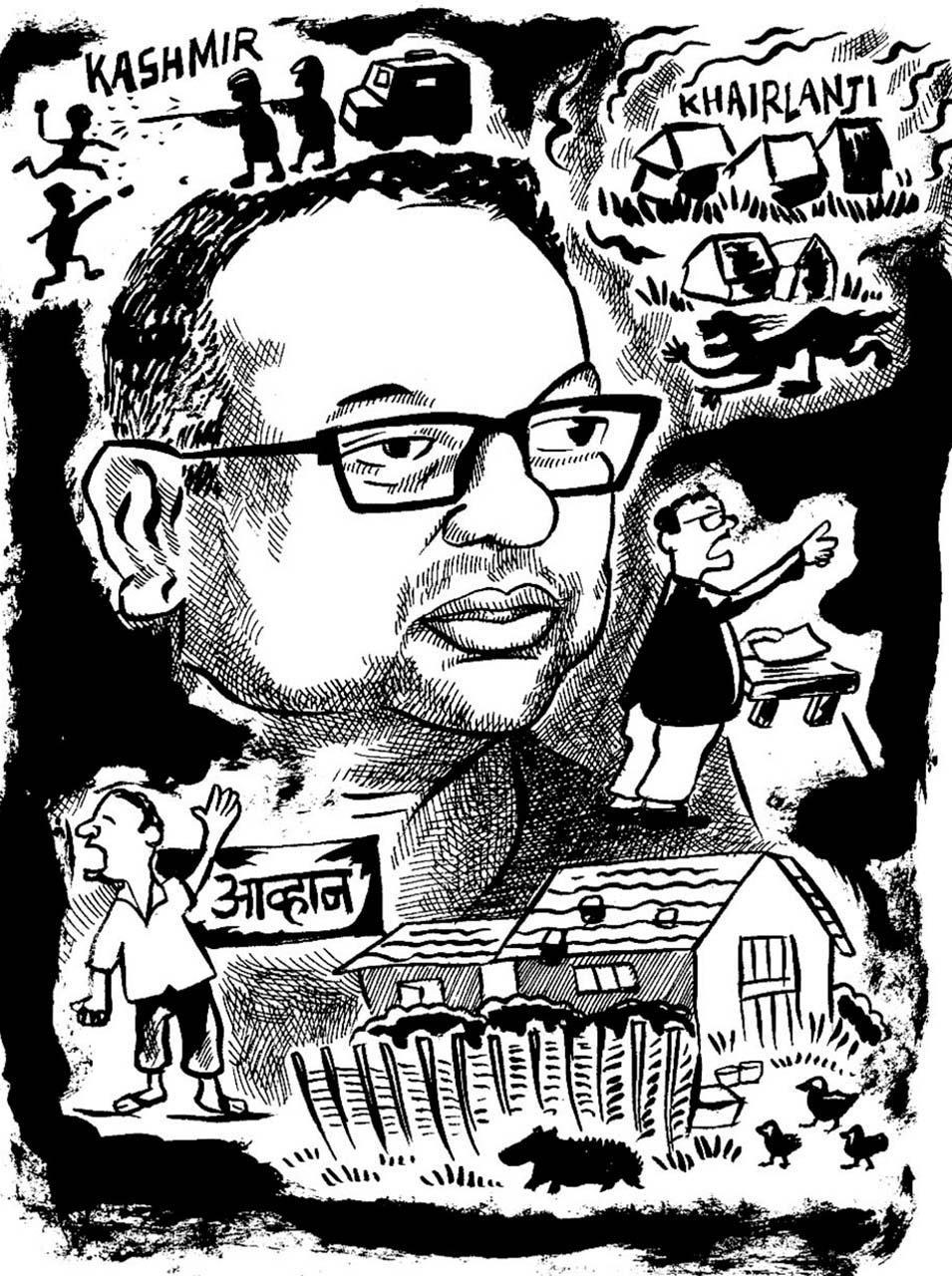 Surendra is a fierce dalit activist and criminal and human rights lawyer who has a penchant for fighting political cases and has a legal practice of 25 years. He started his work among the people as a cultural activist in Nagpur when he founded the Awhan Natya Manch. As general secretary of the Indian Association of People’s Lawyer (IAPL) he along with others has worked towards highlighting the plight of lawyers who are persecuted for fighting cases under draconian anti-terror laws. 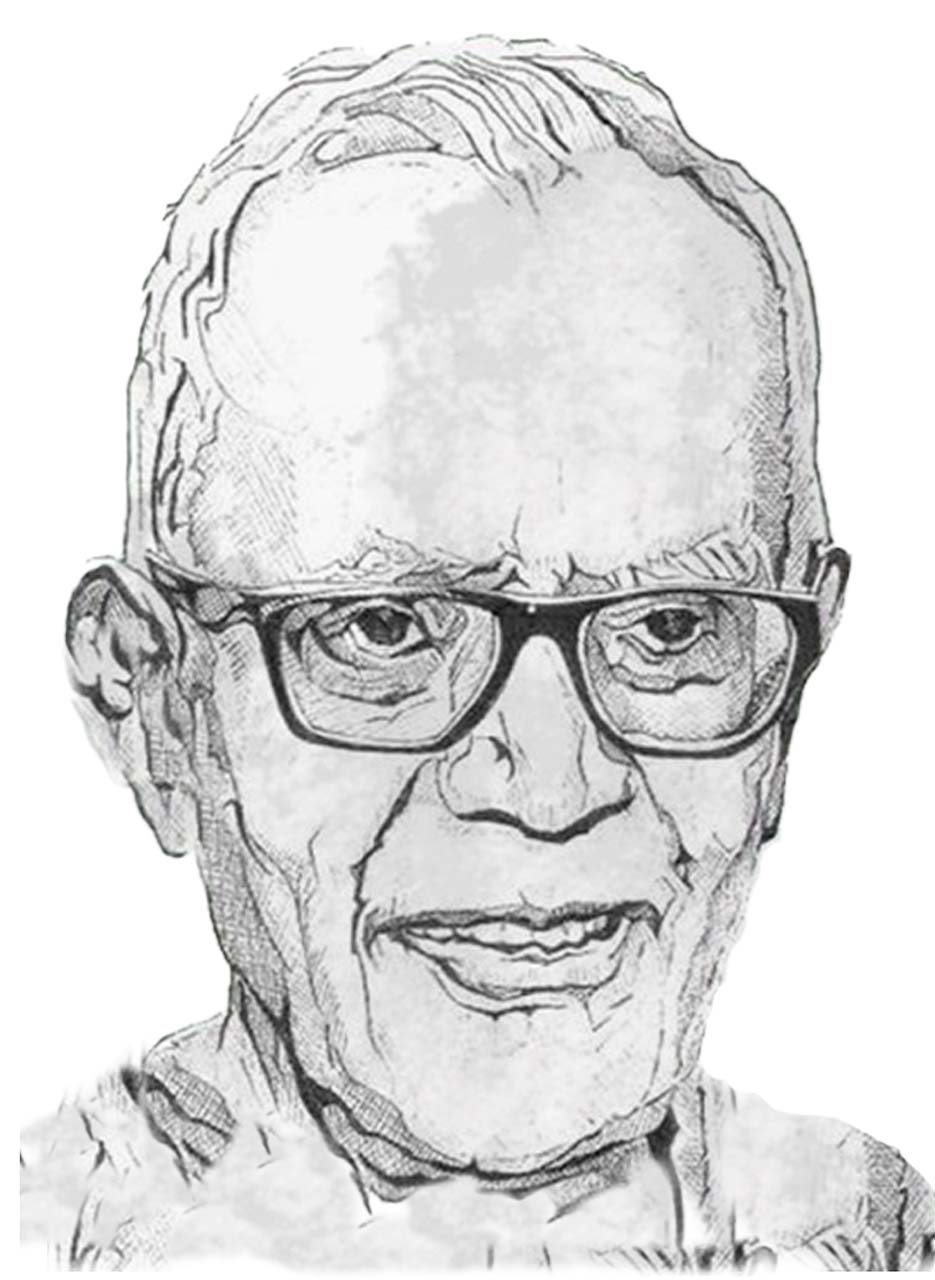 Stan was a catholic priest and the founder of Bagaicha, an organization dedicated to empowering adivasi (indigenous) and other marginalised communities. He is one of the leading adivasi rights activists in Jharkhand and has written and researched extensively on issues of caste, religion, land rights, and people’s struggles. In 2010 he published a book exposing the arbitrary and unlawful arrests of adivasi youths by the police in the name of alleged links to the Naxal Movement. Due to medical negligence, he died in custody in July 2021.

We use cookies on our website to give you the most relevant experience by remembering your preferences and repeat visits. By clicking “Accept All”, you consent to the use of ALL the cookies. However, you may visit "Cookie Settings" to provide a controlled consent.
Cookie SettingsAccept All
Manage consent

This website uses cookies to improve your experience while you navigate through the website. Out of these, the cookies that are categorized as necessary are stored on your browser as they are essential for the working of basic functionalities of the website. We also use third-party cookies that help us analyze and understand how you use this website. These cookies will be stored in your browser only with your consent. You also have the option to opt-out of these cookies. But opting out of some of these cookies may affect your browsing experience.
Necessary Always Enabled
Necessary cookies are absolutely essential for the website to function properly. These cookies ensure basic functionalities and security features of the website, anonymously.
Functional
Functional cookies help to perform certain functionalities like sharing the content of the website on social media platforms, collect feedbacks, and other third-party features.
Performance
Performance cookies are used to understand and analyze the key performance indexes of the website which helps in delivering a better user experience for the visitors.
Analytics
Analytical cookies are used to understand how visitors interact with the website. These cookies help provide information on metrics the number of visitors, bounce rate, traffic source, etc.
Advertisement
Advertisement cookies are used to provide visitors with relevant ads and marketing campaigns. These cookies track visitors across websites and collect information to provide customized ads.
Others
Other uncategorized cookies are those that are being analyzed and have not been classified into a category as yet.
SAVE & ACCEPT